Who said there is no more space for our older models 3D Warehouse? 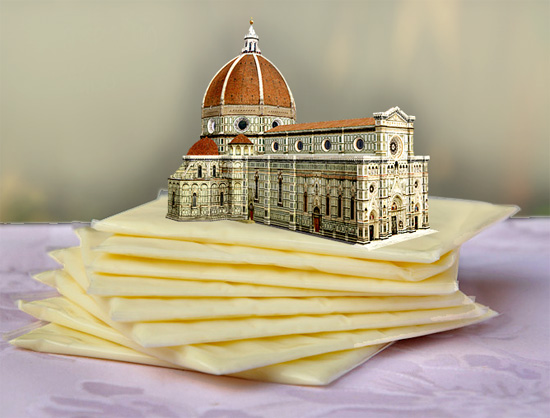 The New Version of Google Maps, in trial in this period (June 2013), has another space for our models, although...

I began by exploring the New Version in MAP mode...

First I went to St. Peter's Square in Rome, since I harbor a great affection for the Basilica and the Colonnade... I found out some interesting news, I visited some very interesting photo galleries, I saw the tourist signs etc. 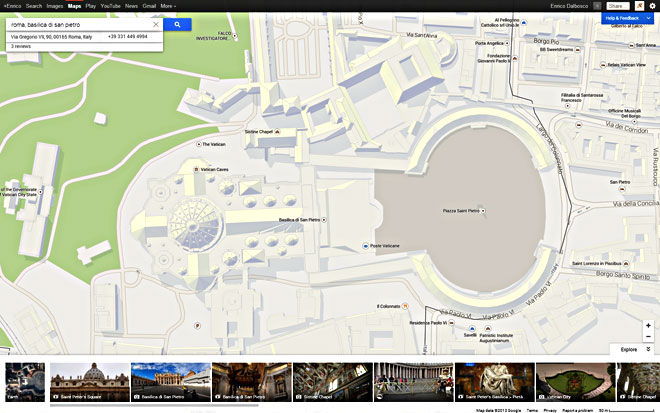 My first impression? Good, I felt it comfortable, the look is very nice, the new maps are of the highest quality, comparable to those of most professional tour guides. Indeed, on closer inspection, I noticed the colors "pastel" very nice (for example, the green of the Vatican gardens) , and I also saw that some blocks and especially the palaces and the Basilica were sketched really well!

Then I looked more closely, and I discovered that there were not drawings, but 3D Models, in Monochrome View (idest without textures) - yes! effective 3D Models, but very very slim, seen "from very high" with a powerful telephoto lens.

Of course I immediately recognized as my work the model of the Basilica and the Colonnade - and how I could not recognize it, since I have spent several weeks - in the year of our Lord 2009 - to carry out that challenging work? 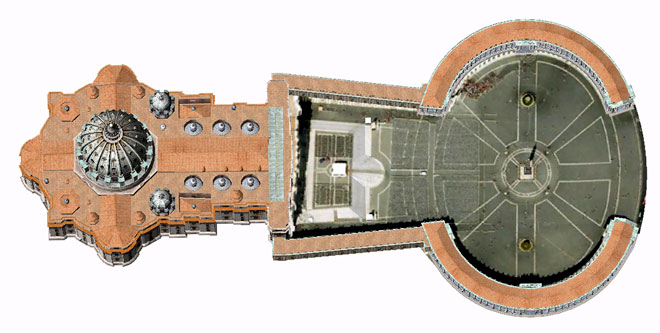 The following illustrations show some details of my 3D model monochrome, used as a "embossed" map of St. Peter's Basilica 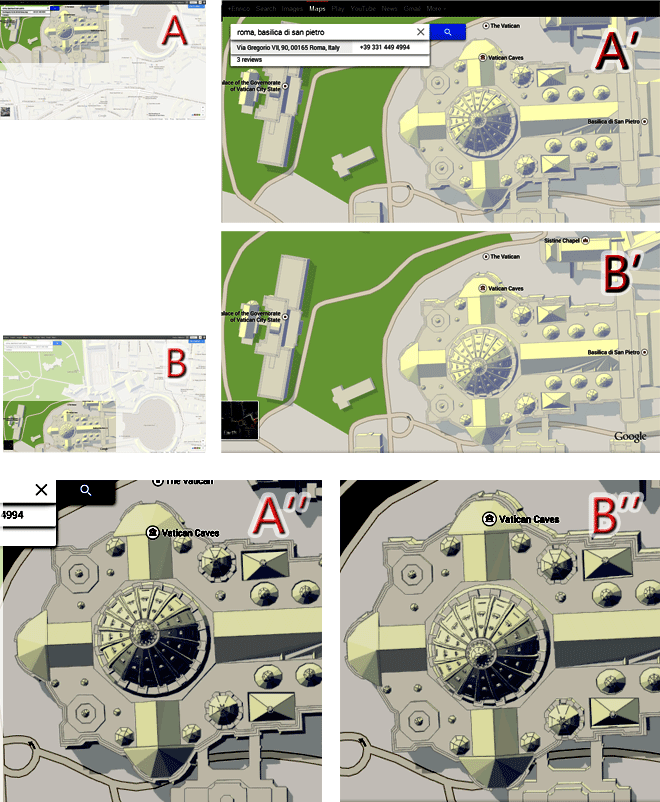 The images A'' and'' B (obtained by moving the model in different areas of the window) highlight the "thickness" of what appears, at first glance, a simple map drawn - while it is a real monochrome 3D Model.

In the same way I've found other my slim models in Florence's Piazza Duomo etc. 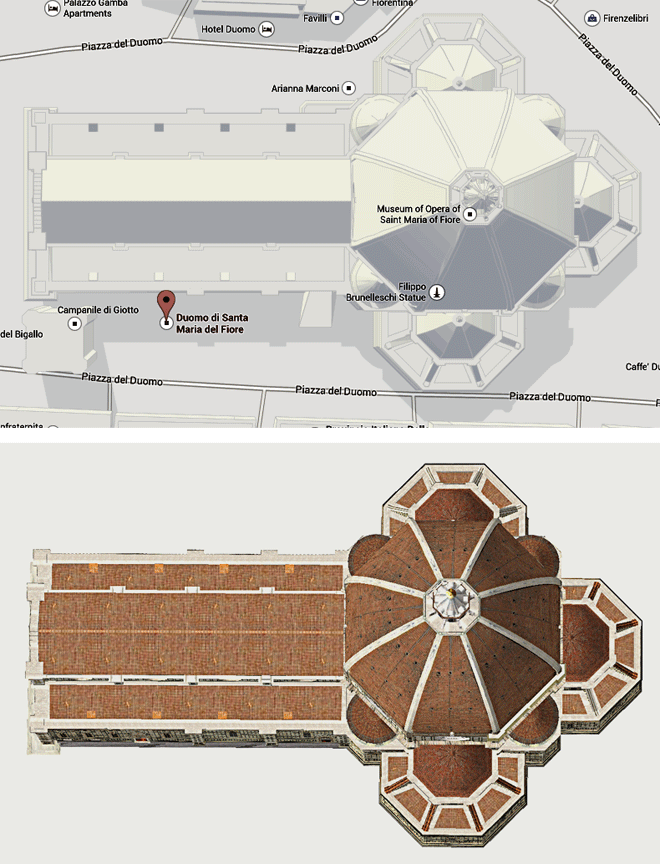 Above: my model of the Florence's Duomo as it appears - in "slim monochrome format" - in the new version of Google Map - Below: the same model in the complete textured version we can see in the Trimble 3D Warehouse


If the good day starts in the morning...