Appendix B1 - Testing a 3D Machine

Some instructive experiments with the Autodesk 123D Generator 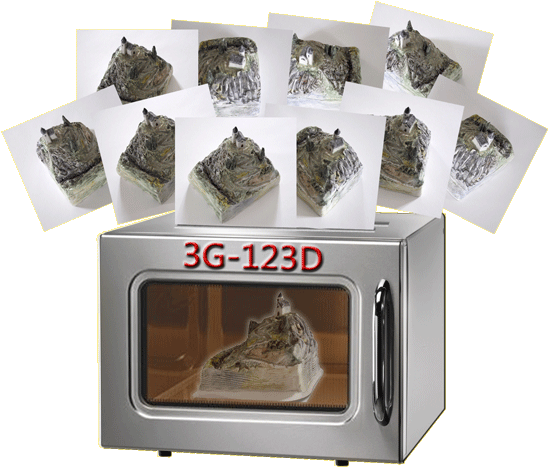 Ten photographs of a church on a hill - usual photos, each of 150 KB.

May they be sufficient to automatically create a realistic 3D model using the Photogrammetry's techniques?

This is what we will see in this appendix!

Following those in Appendix B, in this appendix I present some experiments I carried out on an interesting and intriguing site that provides at our disposal (free of charge) an automatic 3D Models Generator.

I have personally done some tests by sending photos (or shots) and getting in a few minutes the corresponding 3D models, as you can see below.

Some references:
- the site is www.123dapp.com
- the function that we can use to get the models is the 123D-Catch
- to use the features of the site we need to register
- we must provide as input to 123D-Catch from 7 to 70 photographs of an object or scene
- within a few (some) minutes 123D-Catch creates a 3D model viewable and downloadable
- in the site there are thousands of 123D-Catch models created with the users photos

Warning. The tests I did not purport to deal with all the features and all the possibilities of Autodesk 123D-Catch, and are not sufficient to issue a judgment made ​​about this product, that nevertheless seems to me very interesting and innovative - but I think they prove of public interest and allow us to make some stimulating thoughts on the possibilities and limitations of machines for automatic generation of 3D models of objects and also of buildings, blocks of city and whole countries.

In accordance with Appendix B, here's how we can outline the context in wich
the 3G123D-Catch Machine works: 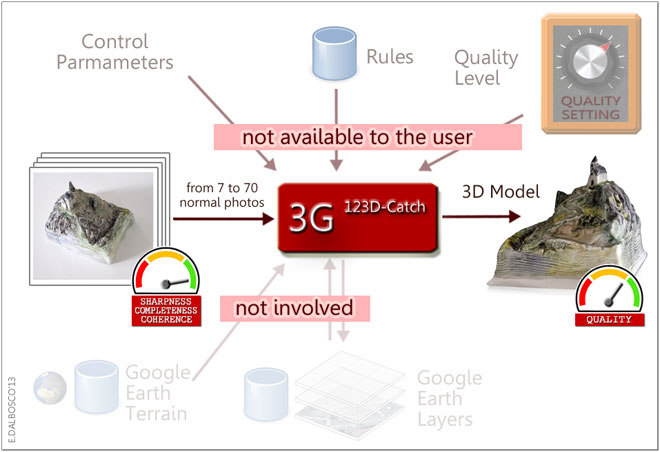 For the first test I used one of my ceramic model that represents a small church on top of a hill - I created this and many other original models in ceramic after attending, with my wife, a ceramics course at Nove Bassano, Italy, in the 1990s; you can see this model in my site at www.enricodalbosco.it. 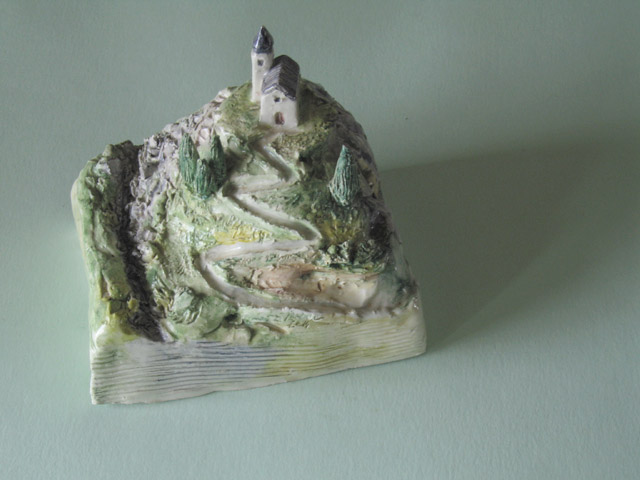 Revolving around this little model (about 10x9x9 cm) I took exactly 10 photographs as if I was flying around a real landscape with my ultralight airplane.

The original pictures (which you can download from the model on site 123dapp.com) are approx 1000x1000 pixels and each occupies less than 150 KB - the quality is quite good, although some came a bit moved (but I left them on purpose, to see what was going on).

I uploaded these 10 pictures to the 123app.com, I waited a few minutes, I made some other operations to assign a title, description, etc. and to validate the model and I finally got the 3D Model fully auto-generated by the 3G123D-Catch Machine.

Here is the screen that shows the generated model and allows the 3D visualization (arrow at the bottom left) and download any of the model (arrow at the top right): 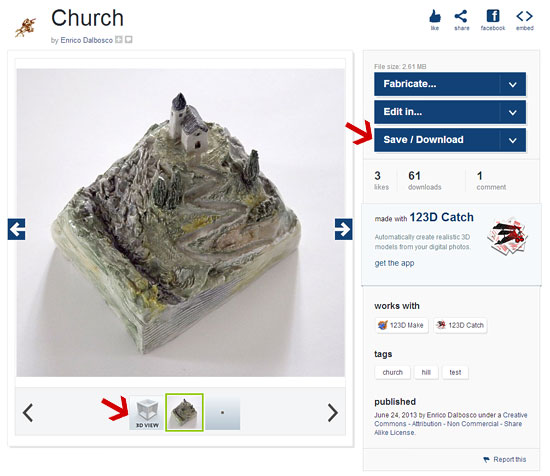 
And here are some views of self-generated model:


What do you think? 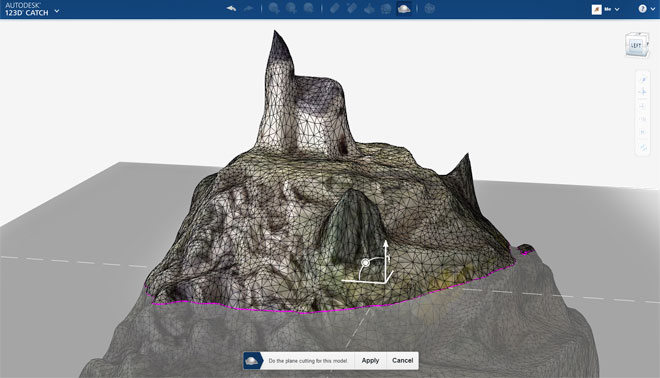 For the second test I chose one of my SketchUp models particularly simple and well-textured: a box of candy in the shape of a parallelepiped decorated with wonderful paintings of Norman Rockwell, which I used to illustrate my article "Rockwell's Candies, A personal approach to 3D Model evaluation". 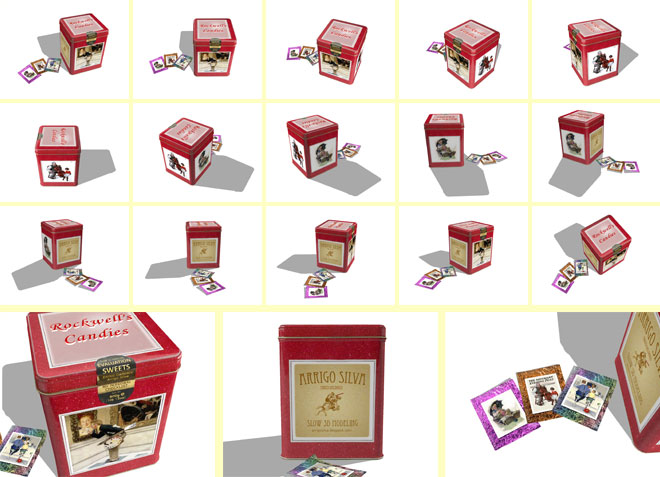 And this is the resulting 3D Model fully auto-generated by the 3G123D-Catch Machine from my 18 photos: 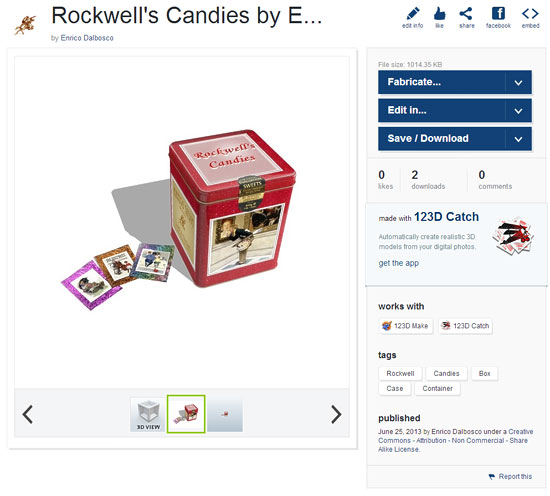 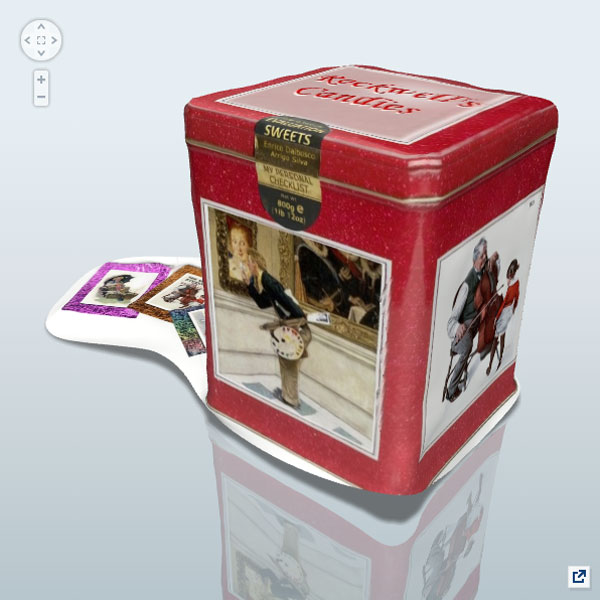 Also in this case the result appears pleasant and of good quality, but we can make some considerations highlighting the differences from Test #1 (A church on the hill): 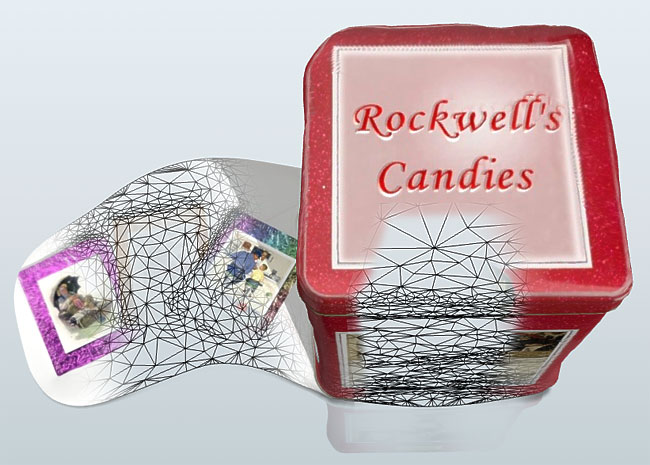 For the third test I created with SketchUp a model of house deliberately simple and "strange", with some of the walls without doors or windows and painted with colors perfectly flat.

To tell the truth I had initially laid out flat even the roof and the base, but the 3D Machine was not able to process my shots... :( , and so I had to fall on the model partially textured.

And this is the resulting 3D Model fully auto-generated by the 3G123D-Catch Machine from my 12 photos: 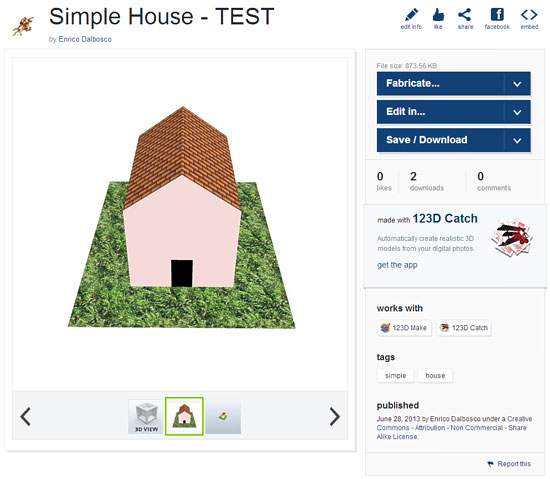 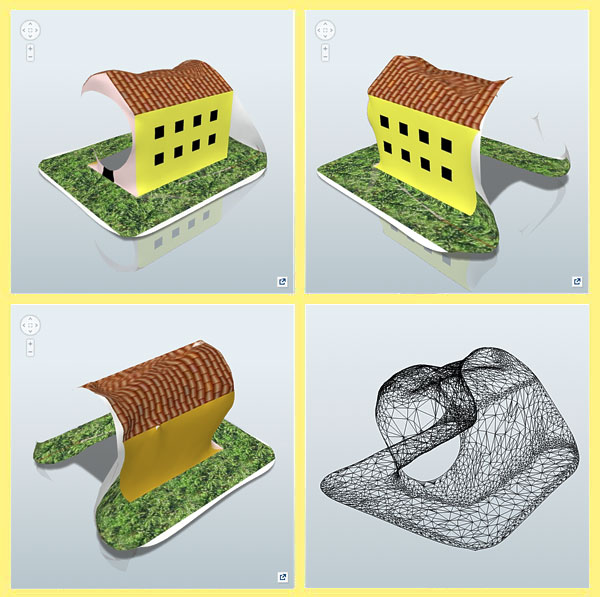 In this case the result is disappointing in comparison to the two previous cases, but you have to think that Catch-123D is a machine that works on photos "real" of real objects and not on shots "fictitious" of 3D models! However, we can make a few considerations, once again highlighting the differences from Test #1 (A church on the hill) and #2 (Rockwell's Candies): 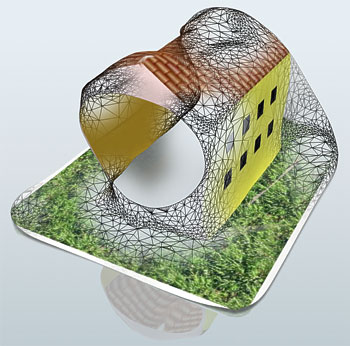 B1-4 OTHER INTERESTING MODELS

In the Autodesck 123D website there are a lot of other intriguing models autogenerated from a lot of users.

Some of these models are of particular interest to the central theme of the article to which this Appendix refers. I will limit myself to pointing out some, possibly leaving you the pleasure of making further discoveries. Here therefore I propose to you some images, clicking on which you can view the page in the corresponding model.

The number and quality of the tests performed and the cases examined does not allow me to give an accurate overall assessment on the 3G123D-Catch Machine.

I should in fact perform other tests and experiments to understand and demonstrate, for example, whether and how it is possible for the user to improve the quality of results by providing more relevant photos - as a number of shots, their quality, the views used etc.


However, I can, at the moment, draw the following tentative conclusions:


In a nutshell: the examined machine looks very interesting, innovative, powerful and fun to use: you get the impression that it can magically reproduce various and very complex objects with a few well-taken photographs - but also that at present it is very difficult to obtain, with any degree of certainty "a priori", perfect and smudge results.


END OF APPENDIX B1

See you next episode... 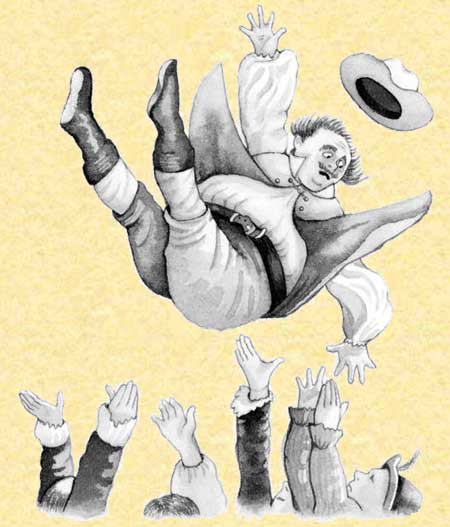